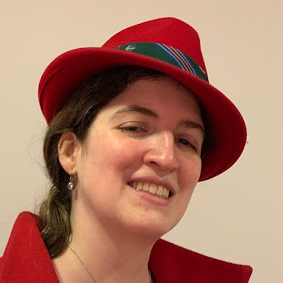 Elisa Shoenberger is a freelance journalist in Chicago. She has written for the Boston Globe, US News and World Report, and others.

At some point in people’s lives, they may not be able to make medical decisions for themselves, whether due to a long illness, cognitive function, or an accident. But only one-third of people in the U.S. have a healthcare advance directive, such as a living will or power of attorney, according to a 2017 study in the journal Health Affairs.

Everyone over age 18 should consider having a durable power of attorney (POA) for healthcare, advises Victoria Braund, MD, director of geriatric medicine at NorthShore University HealthSystem. A healthcare power of attorney is especially important for people who have medical issues or who have very specific wishes about their medical care, she says.

In Illinois, the process itself is fairly easy. You fill out a form and get one witness to sign it — no notary needed. People can download a POA form from the Illinois Department of Public Health’s website, search for the Illinois form online, ask a doctor for the document, or have an attorney draft an agreement.

The bigger issue is choosing the right person and having a tough conversation with them about your goals.

The power of attorney agent is basically “the person you’re choosing to speak for you in the event that you can’t speak for yourself,” says Monica Malec, MD, a palliative care physician at the University of Chicago Medicine.

Your agent should be someone you trust to make the same decisions you would make if you were not incapacitated, whether or not they agree with your choice, she explains.

While some people may automatically elect their spouse, others choose an adult child or trusted friend who will stand up for them and make tough calls, Braund says.

If you do not have a POA filled out when you need one, the hospital will designate someone to make medical decisions for you. Hospitals will follow the Illinois Healthcare Surrogate Act. If a person has an appointed guardian, they will be the first designee, then the spouse, afterward an adult child, and finally a parent.

It’s a good idea to fill out POA documentation even if you designate your spouse, Malec says, because completing the form can encourage discussion about your wishes.

Starting the conversation about POA for healthcare can be tough. Usually, people don’t want to discuss death and poor health.

But if you don’t talk about your wishes — such as whether you want life-sustaining treatments or whether quality of life is more important than length of life — then your appointed caregiver may need to guess what you wanted.

“The conversations should be more focused around values and what matters most to you” rather than detailing specific interventions, Malec says, because it’s hard to anticipate all possible health scenarios.

For instance, some people may want every medical treatment to prolong their lives, to go out fighting. Others may want to be comfortable and stay at home with family. Many people opt for something in between.

To start conversations, Braund suggests using online resources, such as Five Wishes, which is a document with checklists that ask whether you are open to feeding tubes, do-not-resuscitate orders, and other life-sustaining treatments.

The POA agent should be prepared to make some hard decisions like withdrawal of treatment. In an end-of-life situation, the POA representative should talk to the medical team to understand the outcomes and risks of medical interventions and try to determine which actions align with the wishes of the patient.

“The conversations should be more focused around values and what matters most to you.”

Chicagoan Marisol Campagnini had planned to serve as a POA for her father, who was in poor health. When the time came, she was able to make important decisions on his behalf. “I knew exactly what my dad wanted. And that’s why [it was] so easy,” she says.

But she was less prepared when she became POA for her best friend, after her friend had a mild heart attack. Her friend did not have close family, so Campagnini stepped in. Unfortunately, her friend caught severe pneumonia while at the hospital. Within months of entering the hospital, her health deteriorated, and she went into a coma.

When the doctor told Campagnini that her friend had no brain activity, Campagnini had a difficult decision to make. She could no longer ask her friend about her wishes.

“I couldn’t sleep. I didn’t know what to do,” Campagnini says. She saw a sign that convinced her it was time to withdraw care based on her knowledge of her friend.

Now, Campagnini advises choosing a POA and talking about your wishes while you are healthy. “Have everything done before you actually need it,” she says.

Difficult scenarios like Campagnini’s show why it’s important to have conversations early instead of postponing them until it’s no longer possible.