Many of us will have experienced some unexpected honesty from the older people in our lives. Whether it’s grandma telling you your outfit is unflattering or grandpa saying he doesn’t like the meal you’ve prepared, we often explain it away by saying “Oh, don’t mind grandpa, he’s just lost his filter.”

But do we really have a “filter,” and do we lose it as we get older?

What do we mean when we say ‘filter’?

When someone has no “filter,” it means they say things without thinking about their audience. They may blurt out something rude, inappropriate, or unkind, without considering the likely consequences. 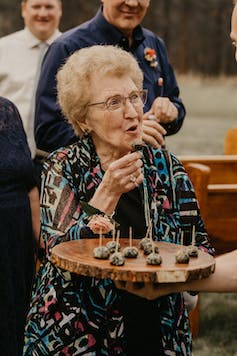 ‘Darling, these taste like crap.’ Sometimes Granny is a bit too honest.
Andres Molina/Unsplash

“Filters” are an important part of our everyday social interactions. A brief Monday morning chat with your boss is more complex than it may seem. For example, you might stop yourself from telling them they smell awful after their morning bike ride into the office and should’ve showered before your meeting. You might consider telling them about the fungal infection you discovered on your toenail over the weekend but decide against it. Of course, what you do or do not say also depends on how well you know them and what’s considered socially acceptable in your workplace.

Your “filter” relies on cognitive processes such as inhibitory control, which stops you from saying the first thing that pops into your mind. It also relies on social cognition, which refers to the ability to understand and predict other people’s behaviors, thoughts, and intentions. This helps us to recognize what behavior is appropriate in a particular social setting and to adapt our behavior based on this.

The prefrontal cortex, which is located within the frontal lobes of our brains, acts as our “filter,” helping us say and do things in a socially appropriate way. When this part of the brain isn’t functioning properly, we might act as though we’ve lost our “filter.”

What happens to our ‘filter’ as we age?

As we get older, our brains start to shrink. This is a normal part of the aging process known as brain atrophy. It affects how well our brain cells can communicate with one another. Importantly, brain atrophy doesn’t happen to all areas of the brain at once. It is particularly noticeable in the frontal lobes. 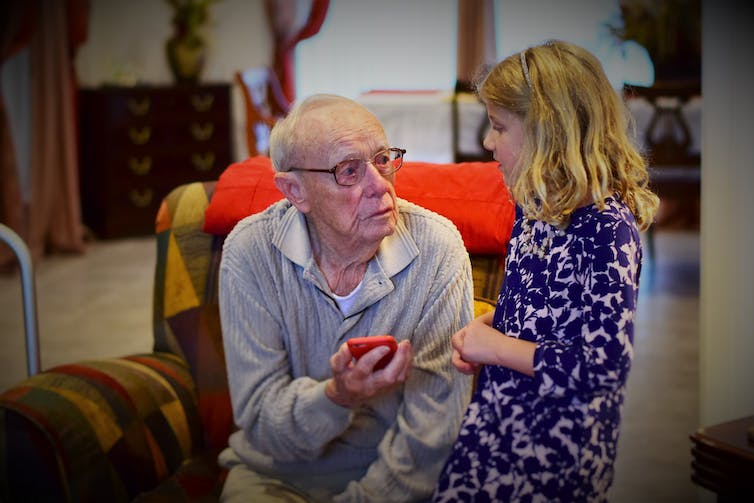 The area of the brain that controls our social cognition shrinks as we age.
Tim Kilby/Unsplash, CC BY

For example, older adults have more difficulty recognizing when someone’s said something embarrassing or tactless, and show poorer understanding of sarcasm.

So as we get older, normal aging processes in our brains may make it much easier for things to slip out through our “filters.”

What if it’s more than just a few slip-ups?

In some rare cases, losing your “filter” can be a sign of something more serious, such as damage to the frontal lobes due to a brain injury or stroke, or a neurodegenerative condition such as frontotemporal dementia.

People with frontotemporal dementia present with striking changes in their personality and social behavior. This could involve losing their normal inhibitions, disregarding social conventions and other socially inappropriate or embarrassing behavior.

However, these changes are completely out of character and are typically accompanied by other symptoms such as rigidity, loss of empathy, apathy, difficulties with reasoning and judgment, overeating or unusual food preferences, and declines in self-care and personal hygiene.

What other things could be at play?

Aside from changes in the brain that impact inhibitory control and social cognition, it could simply be that as we get older, we care less about what others think.

Compared to younger adults, older adults are less self-conscious, reporting fewer experiences of emotions such as shame, guilt, and embarrassment. They also have higher overall levels of happiness and life satisfaction. 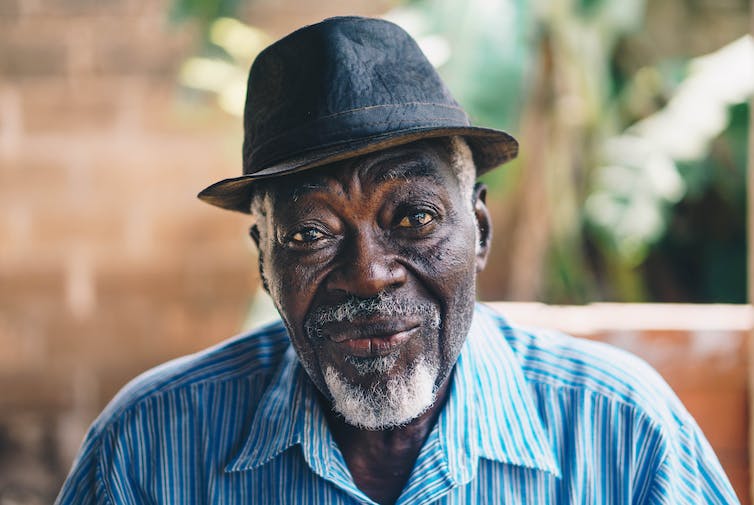 Older people are also just more comfortable in their own skin.
Freddy Kearney/Unsplash, CC BY

Perhaps we learn to let go of our “filters” and embrace the social awkwardness as we get older. Perhaps grandpa really didn’t like your cooking and feels secure enough to tell you.

So, what does this mean for those of us who seem to be losing our “filter”?

Based on what we know about the brain and aging, blurting out a remark without thinking isn’t necessarily something to be alarmed about. And if you’re on the receiving end, try not to take it too personally. If these remarks seem out of character or extreme, however, consider raising this with other family members or a doctor.

This article is republished from The Conversation under a Creative Commons license. Read the original article.